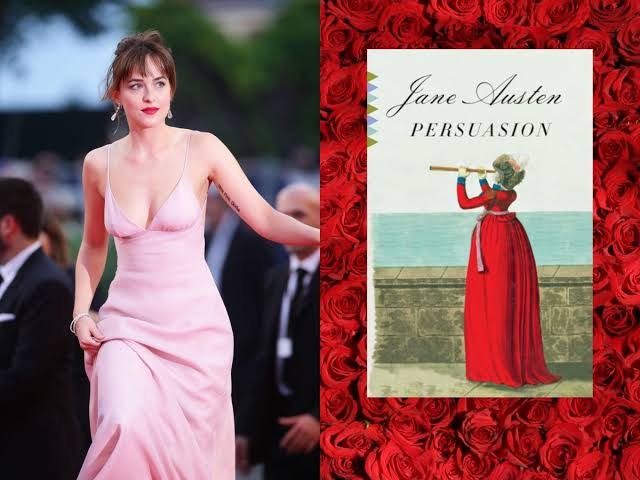 Dakota Johnson is all set to star in the Carrie Cracknell-directed movie Persuasion, which is adapted from a novel. In a recent tweet on June 14, 2021, the OTT platform Netflix shared exclusive images from the sets of the movie, which comes out next year. Scroll along to take a look at the pictures and know more about the upcoming film.

Dakota Johnson to star in the Netflix movie Persuasion.

In a recent tweet on Monday, June 14, the platform shared three pictures, each of Dakota Johnson, Cosmo Jarvis, and Henry Golding. The actors will play a lead role in the upcoming movie, which is a modern-day adaptation of the Jane Austen novel of the same name, which released in 1818. It featured the three stars in period costumes.

Dakota, who is popular for leading the 50 shades series will be seen playing the role of Anne Elliot, who will be seen romancing Jarvis’s, Captain Frederick Wentworth. The Crazy Rich Asians alum Golding will play Anne’s cousin, Mr Elliot. The Cracknell-directed movie is slated to release on the platform in 2022.

According to Deadline, the cast has also welcomed Suki Waterhouse, Richard E. Grant, Edward Bluemel, Lydia Rose Bewley, and Yolanda Keetle on board the cast. It will follow the story of Anne Elliot, who is a non-conforming woman with modern sensibilities and lives with her snobbish family, which is on the verge of bankruptcy. The show will follow as Anne makes the choice between leaving her past behind or listening to what her heart wants, as a past loves makes a comeback.

The project was first announced back in April 2021 and a bunch of pictures from the sets has since been shared on social media platforms. It also marks the feature directorial debut of Carrie Cracknell. The novel has been adapted into several movies and shows earlier and was the last novel, authored by Austen.

Next post Oprah Winfrey and Hearst Magazines are teaming up