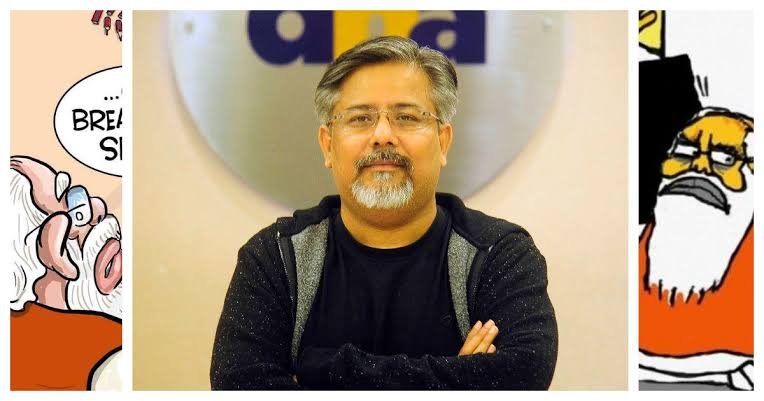 An email from social media giant Twitter on June 4 telling cartoonist Manjul that “Indian law enforcement” claimed that his account “violates the law(s) of India” has prompted a lot of support frpm his fellow cartoonists.

Over the past few days, several of them have drawn cartoons criticising the government’s attempt to silence Manjul, who uses only one name and emphasising that free speech and humour are essential for healthy democracy.

His cartoons have been featured in publications such as Daily News and Analysis, The Economic Times and India Today, was told by twitter that it had not taken any action against his account because it believed in “respecting the voice of its users”.

Manjul mentioned that this was the first notice that he received in his 32 year career. He added that the notice has put the publications in which his worl appears under pressure and has hurt his business prospects.

He said that now he is examining the specifics of the notice to establish which of his tweets prompted the warning and which law enforcement agency sent it.

Next post The 85 year old actor, Dharmendra, posts a video of himself exercising in a pool