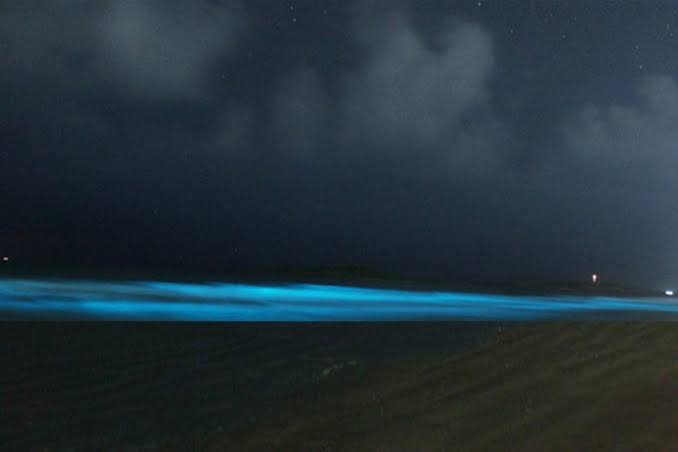 Unbelievable! Places in India that glow in the dark

India has many reasons to attract tourists. From breathtaking natural phenomena to age-old structures, it is full of surprises. But, did you know that there are places in India that glow in the dark? Well, if you need to know about these places, here’s the list that should be in your bucket list.

This tribal village of Maharashtra not only attracts a number of visitors during summers, but also attracts millions of fireflies. The fireflies produce bioluminescence at twilight, during their breeding season, to attract mates. If you visit this place during the months of May and June, you will witness trees dotted with these fireflies, dazzling with blinking patterns as they try to seduce their mates. Every year, a firefly festival is also celebrated in this region, when trekkers visit this spot to watch the fireflies in all their glory.

Juhu Beach in Maharashtra is one of the spots that you need to visit at least once. When you plan to visit, try to visit it at night to witness the shimmering shade of electric blue due to a microorganism, which emits light when disturbed called Noctiluca scintillans. The best time to visit this spot is after 8 PM to witness the sparkling blue waves, whereas the best vantage point is the cement jetty.

Goa also has a beach that glows in the dark. The Betalbatim Beach, situated in South Goa, is known for pristine white sands, and is an ideal for dolphin spotting and watching breathtaking sunsets. This beach also glows in the dark due to bio luminescence in its waters. So, the next time you are in Goa, don’t give this beach a miss!

When researchers from China and India went to West Jaintia Hills District in Meghalaya, after hearing about ‘electric mushrooms’, they were not expecting what was in store for them. After reaching there, they were asked to switch off their torches by the local guide, and that is when they witnessed the magic. The researchers couldn’t believe their eyes; they saw tiny mushrooms emitting light on their own. Here, the locals use these mushrooms to navigate the forests. Tests revealed that these electric mushrooms are a new species from the genus Roridomyces.

This beach is relaxed and is popular for picnics, walks, and sunset views. Interesting thing about this beach is that the water body glows at night. As per marine biologist Abhishek Jamalabad, the water body glows due to a microorganism called Noctiluca scintillans. Commonly, it’s known as the sea sparkle, which is a free-living, marine-dwelling species that emits light when disturbed.

Next post My COVID Story: I nevertheless sense extraordinarily vulnerable even after months