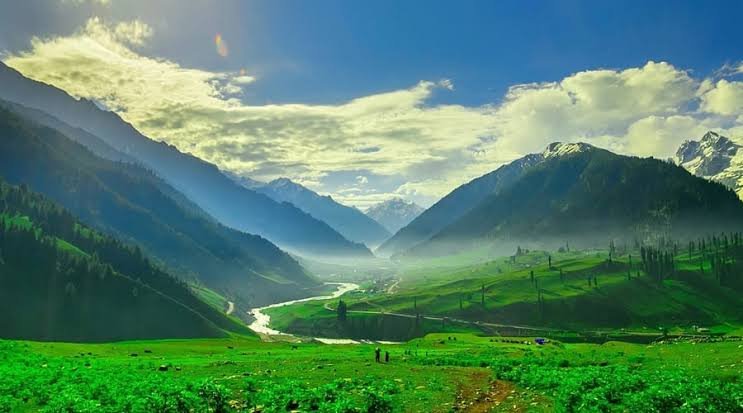 The Jammu and Kashmir administration is planning to set up India’s best mythological theme park near the famous Vaishno Devi shrine in Reasi district and has sought investors for the project, officials said on Friday.

The state-of-the-art park is aimed at increasing economic activity and generating direct and indirect local employment, besides improving the overall experience of tourists and citizens in the union territory, they said, Around one crore devotees from across the country and abroad visit the Vaishno Devi shrine atop the Trikuta hills annually, with Katra town, 43 km from Jammu, serving as the base camp for the pilgrimage.

Based on a vision of adventure, mythology, education and entertainment, the officials of the administration and the Shri Mata Vaishno Devi Shrine Board have identified three possible locations for the project two near the shrine and another 10 km from the Katra bus stop.

The park will come up on the way to the shrine and will have full connectivity, the officials said, adding that it would provide recreational activities for the pilgrims post-‘darshan’.

The J-K government would also provide other benefits like outdoor and indoor art and entertainment, shops, sports and activities, rides and games, food and beverages across formats and hotels and stays, the officials said.

They said investors would be eligible for central sector scheme benefits and various other concessions from the Jammu and Kashmir government, including a contract valid for 25 years with a provision of extension.

Central sector scheme benefits applicable on the project include capital investment incentive of 30 per cent on investment of up to Rs 5 crore, working capital interest incentive of five per cent per annum for existing units for five years maximum up to Rs one crore, Goods and Service Tax- linked incentive equal to 100 per cent of the gross GST for 10 years maximum up to 300 per  cent, and capital interest subvention of six per cent per annum for a maximum of seven years on  a loan amount up to Rs 500 crore for investment, the officials said.

They said the J-K government would ensure all union territory-level clearances within 30 days of filing of application and would also provide support on other clearances and approvals, water at Rs 0.50 per cubic metre, power starting at Rs 3.85 per unit, besides additional incentives on stamp duty and green industrialisation.

The officials said investors should have the experience of running a theme-based or an amusement park with an annual footfall of five lakhs and should also adhere to international safety standards throughout the project.

Once a Memorandum of Understanding is signed, business operations with specified minimum requirements will have to commence within three years, they said, adding that the final theme needs to be passed through the Department of Industries and Commerce, J-K, and also generate direct and indirect employment opportunities.

Next post THE RENOVATED BEKAL FORT AWAITS THE ARRIVAL OF TOURISTS