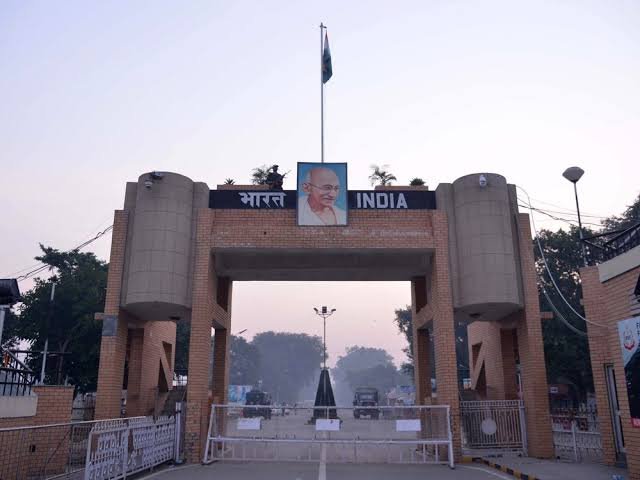 India is diverse in terms of topography, where the landscape changes after every few kilometres. And, if you are a curious traveller, you will know that there are many places across the country that share borders with the neighbouring countries. While you can enjoy a stroll in some of these, there are places that might require you to get a permit to get to the other side.

Here are five peaceful border towns that you should know about, and visit as well.

It’s the last Indian village to the side of Tibet border, and is located in Kinnaur, Himachal Pradesh, along the old Tibet trade route. Dotted with apple orchards, snow-clad mountains, and the gushing Baspa river, it also displays topography that is similar to that of a hill station. There are numerous folk tales that describe Chitkul and its existence; strike a conversation with a local and, if that’s your lucky day, you will get to know more about the village.

Moreh serves as an important trade route, and is also a commercial hub for India. Located before the India-Myanmar border, it’s a place you should visit at least once. One of the primary highlights of this place is that its streets are lined with bustling shops that sell almost everything, and will compel you to indulge in some shopping for sure. When here, you will also get to observe that Moreh displays a similar lifestyle and culture, like that of the bordering nation’s Tamu town, which lies just 5 km across the border.

It’s the last town before the Sri Lankan borders begin, and is surrounded by the Indian Ocean on one side and the Bay of Bengal on the other. Dhanushkodi is a strip of land that is just a kilometre wide. The town was abandoned after it was tagged unfit for living after a devastating cyclone in 1964. It is situated around 20 km from Sri Lanka’s Talaimannar, and Pamban Bridge is its only connection with mainland India.

Ladakh is one of the most awe-inspiring destinations in the world. No matter how you plan your trip, the moment you reach the spot, you are keen to extend your vacation. Moving from its steep gorges, scenic landscapes, beautiful valleys, Ladakh never ceases to surprise you. Interestingly, it’s also home to the last Indian village, i.e., Turtuk, before the border with Pakistan begins.

Situated on the Gilgit-Baltistan border, this small village became a part of India after the war of 1971. When here, enjoy a stroll around the village, soak in some sun, and if you chance upon a local over a warm cup of tea, you can also get to hear some interesting stories on the other side of the border.

Situated on the foothills of the Himalayas, Alipurduar is a gateway to Bhutan. Famed for wildlife, forest, timber, and natural beauty, it’s the last gorgeous spot in India before you reach Phuentsholing. You can cross the border, and will not require to get any permit to reach the border town of Phuentsholing. Do note that you will have to carry a valid Indian ID proof to travel further in Bhutan.