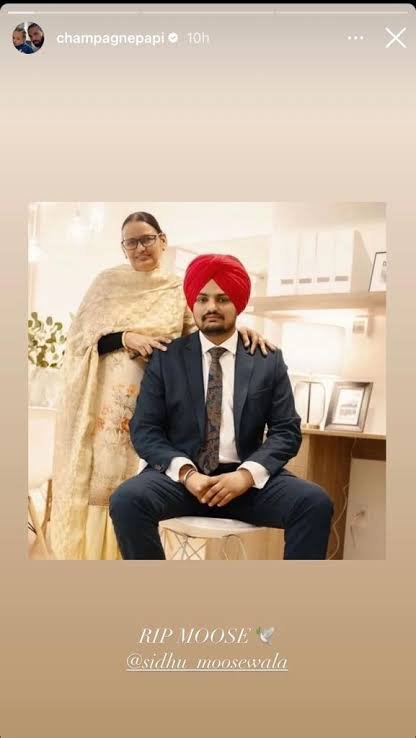 Drake paid touching homage to late Punjabi musician Sidhu Moosewala, who was murdered dead at Jawahar Ke village in Punjab’s Mansa district. Drake conducted the first edition of his ‘Table for One’ radio program on Sound42 (SiriusXM) to promote his new album, during which he played songs by Moosewala, 295, and G-Sh*t.

This isn’t the first time the rapper has paid respect to the Dark Love crooner; he previously sent a heartfelt letter to Moosewala upon his passing, writing on his Instagram story, “RIP Moose.”

According to Hip Hop N More, Drake’s latest concert, ‘Table for One,’ featured hit songs by Sidhu Moosewala, 295, and G-Sh*t just joined the Billboard Global 200 chart and is now ranked 154th, making it the late singer’s first song to do so.