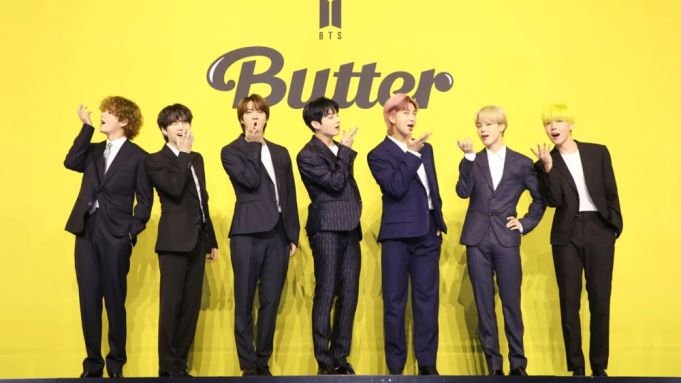 ‘BUTTER ‘ will be another try at (winning) the Grammy Award and I hope we can have good results,” song writer and rapper SUGA said in a news conference in Seoul.

During an interview with an Indian media house, BTS shared a special message for their fans in the country. In the teaser, the boys were seen greeting fans with the traditional ‘NAMASTE’. Speaking hindi, they said , “Indian BTS Army, aap humare dil mein rehte hai ( Indian BTS Army, you are in our hearts).”

Following the announcement of their anthology album Proof, BTS has been busy with fans with several updates related to the...

JYP Entertainment got fans excited by revealing the poster for Nayeon's solo album on May 19. She will release her...

Ozzy Osbourne's wife, Sharon, has confirmed that he will be releasing a new album in September. She broke the news...

Aldous Harding has announced a return to Australia as part of a world tour in support of her latest studio...

Pearl Jam took to social media on Wednesday afternoon (May 18) to announce the cancellation of the final pair of...

After releasing the first day of a week of content titled “Proof of Inspiration” yesterday, BTS's Jin is the second...