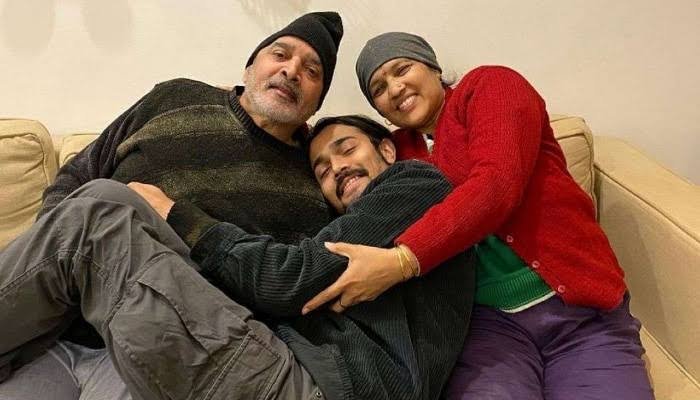 Comedian and you tube personality Bhuvan took to his Insta on Saturday to share that his father and mother died due to COVID 19 complications. He also shared photos of himself and his parents.

Sharing the pictures, he wrote, “ Lost both of my lifelines to covid. Aai or Baba ke bina kuch bhi pehle jaisa mhi rahega.  Ek mahine mein sab bikhar chukka hai. Ghar, sapne, sab kuch. Meri aai mere paas nahi hai. Ab shuru se jeena seekhna padega. Mann nahi kar rhaha. (Nothing will be the same after the death of my mother  and father. In a month, everything in my life has been shattered. Home, dreams, everything. My mother is not with me, my father is not with me. Will have to learn to live again. Don’t feel like it.)”

Bhuvan Bam is best known for his wildly popular BB ki Vines videos, which are short comedy sketches in which he portrays multiple characters.

He is also a singer. He even appeared in a short film, Plus Minus, along side Divya Dutta.

Next post Raj Kundra opens up about separation from first wife