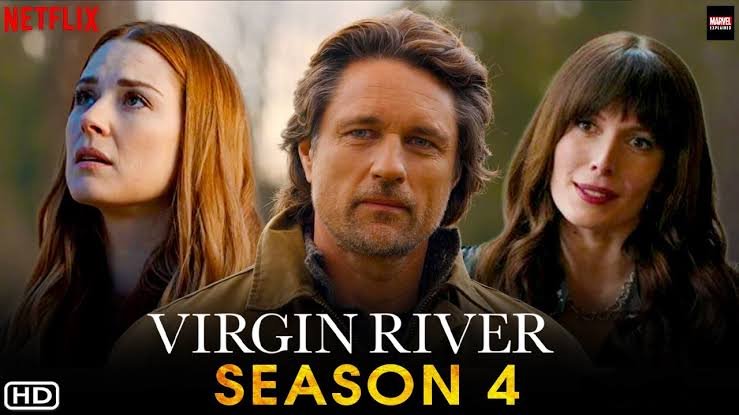 The long-anticipated third season of Virgin River was released on Netflix on July 9. Based on the book series written by Robyn Carr, Virgin River is a heartwarming yet exciting hometown drama. Released in the year 2019, the romantic American drama has come a long way to establish itself as one of the most-watched web series. Speaking about the last season, the third part was well received by the audience. Fans are now eagerly waiting for the arrival of the next season. Many are still wondering about the last episode of season 3  where the female lead character of the season broke the news of her pregnancy. Those who have watched must know that Mel is unsure if Jack who starred opposite Mel in the lead role was the biological father or not. There will be several thrilling developments in the fourth part of the season as well.

Till now, there has been no official announcement made regarding the release date for season 4. As per speculation, the fourth season may premiere sometime around the month of July next year. Season four is scheduled to be filmed at the end of July 2021 and the shooting will wrap up by the end of November.

Fans of Virgin River may witness some new characters, as well as key cast members returning for season 4. As per speculation, the web series may portray Lynda Boyd, who plays Lilly in the Netflix drama, will return to the show in flashback scenes, which will be really interesting for viewers as her character had a very sad ending.

Meanwhile, other prominent cast members are -Tim Matheson will be seen as Doc, Colin Lawrence as Jack’s Marine buddy Preacher, Benjamin Hollingsworth as Dan, Zibby Allen as Jack’s sister Brie, Grayson Maxwell Gurnsey as Ricky, Lauren Hammersley as Charmaine, Sarah Dugdale as Lizzie, Teryl Rothery as Muriel, Nicola Cavendish as Connie, Marco Grazzini as Jack’s private investigator Mike Every one of these actors is involved in a storyline that fans will likely see resume if Season 4 ends up happening.

Though the fictional town is supposed to be set in northern California, all of the episodes were actually shot in Vancouver and British Columbia. It is believed that season 4 of Virgin River will be shoot in the same location.

Next post Despite Breakup Rumours, Kanye West And Irina Shayk Are Still Together