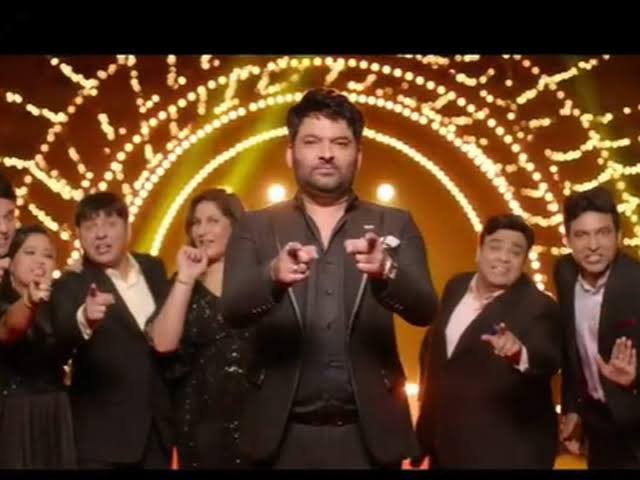 The wait is finally over, Kapil Sharma on Sunday treated his fans with exciting news as he shared the first promo of a new season The Kapil Sharma Show. Featuring Kapil Sharma with Krushna Abhishek, Kiku Sharda, Bharti Singh, Chandan Prabhakar, Archana Puran Singh and Sudesh Lehri, the promo is well received by the fans and they cannot keep calm. However, The promo doesn’t reveal the release date of the comedy show.

Following the next scene, Kapil can be seen dancing with Krushna, Bharti, Kiku, Sudesh and Chandan. He then realised that Archana is missing and asked his fellow cast members where she is. She then enters from the red carpet.” Kapil jokes, “18+ got vaccinated late. Hence, she arrived late”. “But 80+ got were the first to get vaccinated.” She punches him and the entire team once again creates awareness about vaccination.

The show went off air earlier this year when Kapil decided to take a break for his wife Ginni Chatrath, their daughter Anayra and their newborn son Trishaan. Earlier, Kapil had shared that the team has started shooting for the upcoming season. He also posted a selfie with the cast of the show. “New beginning with all the old faces#tkss #thekapilsharmashow #blessings #gratitude #comingsoon,” he captioned the post.