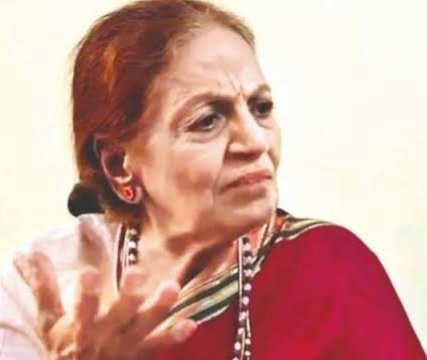 Veteran actor Savita Bajaj, best known for films such as Beta Ho Toh Aisa, Nadiya Ke Paar, Nishant, Nazrana, is in desperate financial support. The 97-year-old is currently hospitalised after she complained of breathlessness. Actor and CINTAA EC member Nupoor Alankar, who has been by her side for the past four days, shared that Savita would require monetary help to continue her treatment. The help has now been pouring in for the veteran actor but it is not enough. Nupoor told TOI, “Supriya Pilgaonkar has come forward and helped and some committee members of CINTAA too have pitched in so that we can pay some portion of the hospital.”

Savita Bajaj tested Covid-19 positive and had to be hospitalised for 22 days. After she got discharged, she had trouble breathing. Nupoor insisted she see a doctor and due to her condition, she was immediately admitted to the hospital and put on oxygen support.

Nupoor further said, “She is a woman of huge self-respect, and just yesterday some media persons landed up at the hospital stressed her out so much that she had to be shifted to the ICU.”

Nupoor shared with Indian Express, “The last few months, I had been in constant touch with her and hence she developed an emotional bond. As of now, I am trying my best to be around her. However, she needs immediate funds as the hospital might discharge her if we cannot pay them.”

The actor, with over 50 films to her credit, had earlier shared with ETimes, “I want someone to build an old age home for actors like me who are on their own. I don’t have my own home in Mumbai even after working for so many years. I live on rent in a one-room kitchen in Malad. I pay Rs 7,000 as rent. I didn’t want to ask for money, but it’s going to be difficult for me to manage now. I have earned a lot, helped those in need, but today I need help. My savings have dried up. I have spent all the money on my failing health. I have developed serious breathing issues and don’t know how I will manage now.”