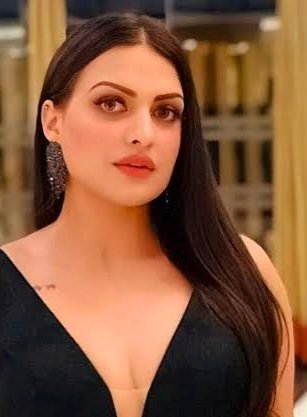 Punjabi actor and Bigg Boss 13 fame Himanshi Khurana issued a statement after a media house had posted an article related to a controversy involving Shehnaaz and Himanshi.

Himanshi took to her official Twitter handle and wrote, “To all the respected media and Social Media trolls! I have been maintaining a sanctity, post Bigg Boss 13 and have refrained from talking anything ill against anyone and have always maintained a dignified silence on all the matters pertaining to anyone I was associated to in the past.” It continued, “However, the media has still not been able to come on terms and have been instigating the conversations which have opened the doors for a lot of hate and have instigated unnecessary conversations amongst the fans and brainless trolls!”

She further continued, “Yes, I reiterate the word ‘brainless’ because it requires no brains to just sit back in your comfort zone and rip someone’s reputation apart according to your own convenience. Being someone’s fan does not mean that you will make the other person’s life miserable by writing all the frivolous stuff.”

She concluded, “It’s a sincere request to the media to stop digging out the old matters and let the bygones be bygones! I refuse to comment any further or malign myself by divulging into any conversations pertaining to the topics which hold no relevance for me! Love, Himanshi!”