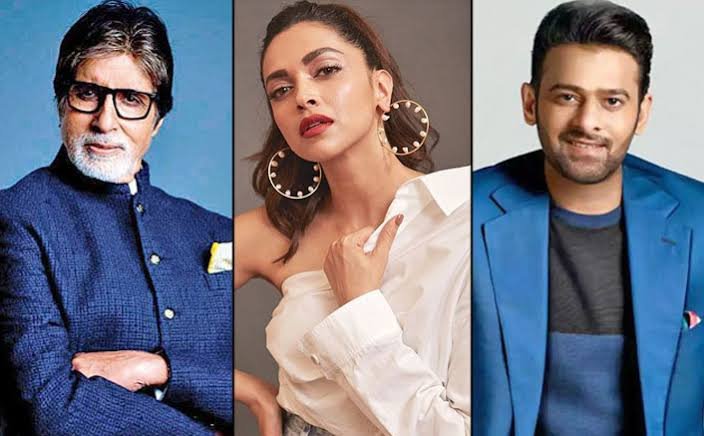 On the auspicious occasion of Guru Purnima, Amitabh Bachchan gave muhurat shot of the much-awaited Prabhas-starrer. The film, directed by Mahanati fame Nag Ashwin, will also star Deepika Padukone. On Saturday, Prabhas shared a picture on Instagram, informing his fans that the work on his film has started.

“On this #GuruPurnima, it is an honour for me to Clap for the Guru of Indian cinema!… it now begins!! #ProjectK” he wrote along with the picture. It seems the makers have tentatively titled the film as Project K.

Later, Amitabh Bachchan shared the same still from the sets of the Prabhas-starrer. He tagged Prabhas as the “icon” who “created cinematic magical waves throughout the country and the world with Bahubali.”

“.. for the Mahurat shot of #ProjectK .. what an honour to be behind the clap being given by the icon that created cinematic magical waves throughout the Country and the World with Bahubali @actorprabhas,” Bachchan’s post read.

Nag Ashwin will be canning some crucial sequences with Big B and a few other actors in the first shooting schedule at Ramoji Film City, Hyderabad.

A new world is being created in RFC for the film and it is said to be one of the most expensive Indian projects till date. Earlier, talking about the same, Nag Ashwin told indianexpress.com, “Story, script, and entire universe that is going to be built for Prabhas’s film. We are still in the planning stage. Every property for this movie has to be created from zero, and Prabhas and I are trying to give our best to the project.”

Amitabh Bachchan had earlier tweeted hinting about his new project. His tweet read, “travelled .. and the mahurat of first day tomorrow. a new film a new beginning , a new environ. ‘NEW’ never fades .. it grows exponentially.” The tweet left his fans excited as they had already guessed that Big B is gearing up for the Prabhas film.

The legendary actor had mentioned about travelling to Hyderabad on his blog too. Earlier this week, describing his work schedule, Amitabh wrote, “So the last and past few days have been manifested into ad., campaigns of select and different clients , soon to be disclosed .. but when tomorrow is over with the RBI .. its travel again for a few days to the City of Hyderabad for the new project .. of which more later,” Bachchan shared. However, the actor did not reveal details on the project.”