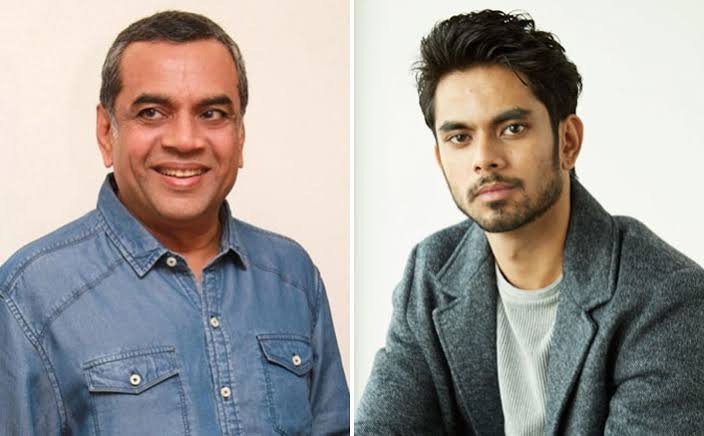 Actor Paresh Rawal has entertained audience for over four decades. Starting his career with Gujarati film Naseeb Ni Balihari (1982), he went on to feature in Hindi film Holi in 1984 and since then, he has been unstoppable. He charmed his way into the hearts of his audience by playing the entire spectrum of characters. In his career so far, he has played villains and comedians, fathers and sons. In Rakeysh Omprakash Mehra’s Toofan, he will be playing Farhan Akhtar’s coach.

The actor’s son Aditya Rawal also made his debut in the film industry recently with Bamfaad. His debut, however, was not grand, something that people have come to associate with starkids. In fact, it was only around the film’s release that people realised that he was Paresh and Swaroop Sampat’s son. Recently, Paresh Rawal sat down to have a chat with indianexpress.com about his upcoming films, his son and the kind of cinema that excites him.

“I did not launch him as my son because I don’t have that kind of money. To launch my son, you require a big machinery,” he replied, expressing that he is proud that “his work is fetching him work” without any recommendations.

“But isn’t this good?” Paresh questioned us and continued, “Through his own effort, he got noticed. People loved his work in Bamfaad. And now, he is working with Hansal Mehta. I mean, he is working with a director like him. So, his work is fetching him work. He doesn’t need his father’s recommendation.” Aditya has recently shot for Hansal Mehta directorial. The film, produced by Anubhav Sinha, will also launch Shashi Kapoor’s grandson Zahan Kapoor.

When asked if he gave any sort of lessons or instructions to Aditya before he entered Bollywood, Paresh told, “Before my son became an actor, he was a writer.” Aditya has co-written Panipat, a magnum-opus film directed by Ashutosh Gowariker, which released in 2019.

“He went to NYU to study script writing and play writing. In regards to acting, he trained in London International School of Performing Arts, London for 6-8 months,” the 71-year-old shared.

Talking about how he guided him, Paresh said all he did was wished Aditya all the luck and gave him motivation to do the best. “I know with how much discipline, focus and dedication he works. So, I didn’t give any sort of lessons to him. Also, I think with this generation, we should let them find their own way. We don’t need to guide them. They are smart and honest . This generation doesn’t require your advice. So, give them a direction only when they ask. All they need is your support,” the Hera Pheri actor concluded.