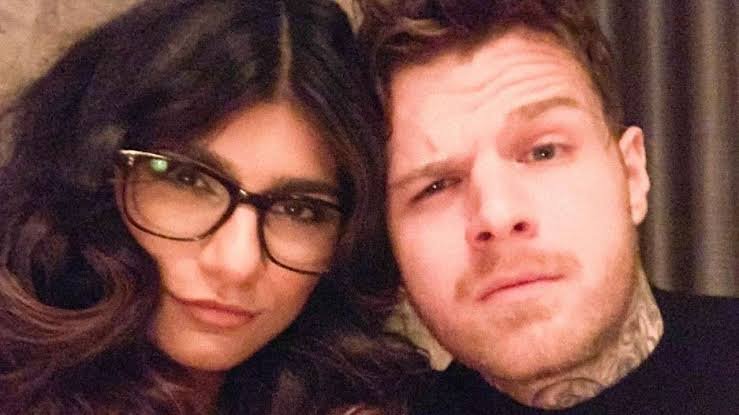 Former adult film star Mia Khalifa recently announced her seporartion from her husband  Robert Sandberg. She took to her Instagram handle to share this news with fans and followers. The couple had tied the knot back in 2020 and were waiting for a formal reception. Khalifa shared a statement on her social media handle and said that they tried hard to keep their marriage afloat but it did not work out, and they were parting ways.

Taking to her social media handle, the former adult film star shared a note that read the couple had been going through therapy for over a year before they decided to call it quits. She also said the divorce was overdue and they tried their absolute hardest to make the marriage work. Her statement read “We can confidently say that We gave everything to make our marriage work, but after almost a year of therapy and efforts we walked away knowing that we have a friend in the other and that we really tried. We will always love and respect each other because we know that it was not an isolated event that caused our breakup, but rather the accumulation of fundamental, irresolvable differences that no one can blame on the other for. We are closing this chapter with no regrets and both starting our own, separately but connected through incredible family, friends, and love for our dogs. This has been long overdue, but we’re glad we took our time and gave it our all, and can walk away saying that we tried our absolute hardest.”

A few days before announcing her separation, Khalifa had taken to her Instagram to wish her husband Robert Sandberg on their anniversary. At the time she had written in a post, “Happy anniversary bubbs @robertsandberg. Thank you for every brave step you’ve taken for us in America, and for the coffee, you wake me up with without fail in the mornings, and for the belly laughs, and full bellies of amazing meals, and a million other little things I get as a bonus of being married to a man like you. Maybe one day we’ll have wedding photos to post on June 11th. I love you.”

As per a report by The Sun, Mia Khalifa was married for three years earlier between 2011 to 2014, her ex-husband’s identity was never revealed by her. Khalifa retired from the adult film industry and later chose to be part of a sports podcast.