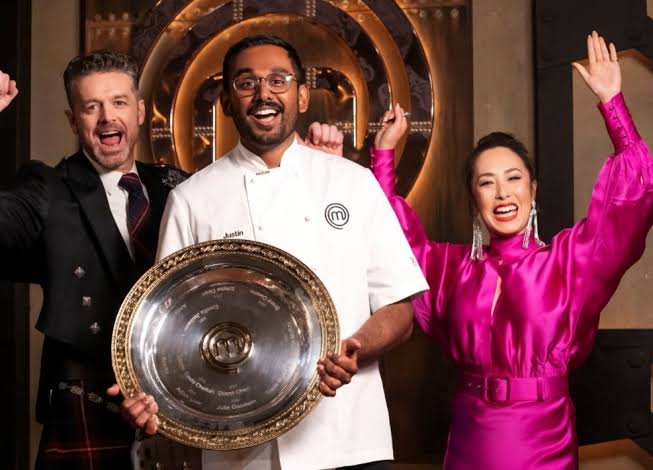 MasterChef Australia Season 13 winner, Justin Narayan, is an Indian-origin and youth Pastor based out of Perth in West Australia with Fijian and Indian ancestry. Bagging the top position in one of the most celebrated cookery shows, Justin made everyone proud while he clung to the trophy after defeating two finalists Bangladesh-origin Kishwar Chowdhary and New South Wales native Pete Campbell on Tuesday, July 13.

The news of Justin’s victory was announced on the official Twitter handle of MasterChef Australia wherein they shared multiple clips from the finale episode of the show.

One of the posts read, “We think it’s safe to say Justin Narayan’s mind is blown right now.” While Justin described the win as a “surreal feeling”. He said in one of the clips, ” Huge thanks to the judges and other contestants. It was the best experience of my life.

As part of the final challenge during the grand finale of the most popular MasterChef Australia, the three finalists had to recreate two of Australian chef Peter Gilmore’s dishes- shaved southern squid with koji butter and shiitake custard and a golden crackle. Interestingly, known as a risk-taker and versatile Narayan bagged a perfect score of 40/40 for the first dish.

The latest season also featured another Indian contestant Depinder Chhibber’s commendable culinary skills. A pharmacist by profession, she hails from Delhi. She had received judges’ acclaim for bringing Indian flavours to MasterChef. Indian dishes have found a hot spot on international platforms and cookery shows too.

Also, earlier another Indian descent, Sashi Cheliah, had grabbed the title in 2018. Now, he owns a restaurant Gaja in his hometown of Adelaide.

Previous post Despite Breakup Rumours, Kanye West And Irina Shayk Are Still Together

Next post DECODED: Why do you get horrifying nightmares whilst you sleep together along with your hand at the chest?