Im Soo Hyang, Sung Hoon To Reunite For The Korean Remake Of ‘Jane The Virgin’ 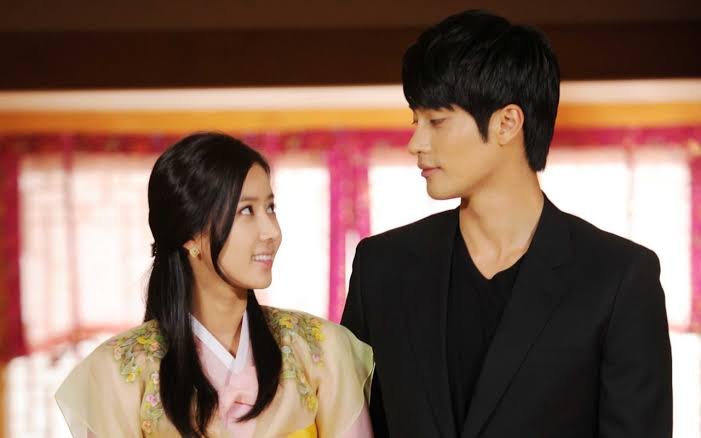 My ID is Gangnam Beauty star Im Soo Hyang and My Secret Romance actor Sung Hoon could be seen together on the small screen after five years. Last seen in the romance drama When I Was The Most Beautiful, Soo Hyang rose to prominence by playing a girl next door in most of her dramas. On the other hand, known for his incredible physique, actor Sung Hoon portrayed the handsome hunk in his dramas. Fans are now excited to see the couple starring opposite once again.

According to a report from Soompi, a Korean remake of American’s popular drama Jane The Virgin is in making. Both the actors are rumoured to have been roped in to play the lead roles in the anticipated drama. Following the rumours, the actors’ agencies have officially stated that the actors have received the script and are currently under reviewing process. There has been no confirmation from the actors or their agencies on taking up the offers.

Based on a Venezuelan telenovela, the drama will have a similar plot to American’s Jane The virgin. The Korean drama will follow the story of a virgin girl who gets pregnant with the child of a rich business in Korea due to a medical mishap. Im Soo Hyang has been offered to portray the role of an assistant drama writer named Bae Ji Eun, a girl who swore chastity until her marriage. She also has a kind-hearted boyfriend who is understanding of her beliefs. On the other hand, Sung Hoon is approached to play the role of a plastic surgeon named Kim Bok Rae, notorious for his involvement with actresses. He demands a divorce from his wife to stay happy.

The duo shared a screen on a 2011 romance drama titled New Tales of Gisaeng. Im Soo Hyang played the role of Dan Sa‑ran while Sung Hoon was seen playing Ah Da‑mo. The actors were later seen in the 2016 family drama Five Enough. If the actors decide to accept the offer, this will mark their third drama together.