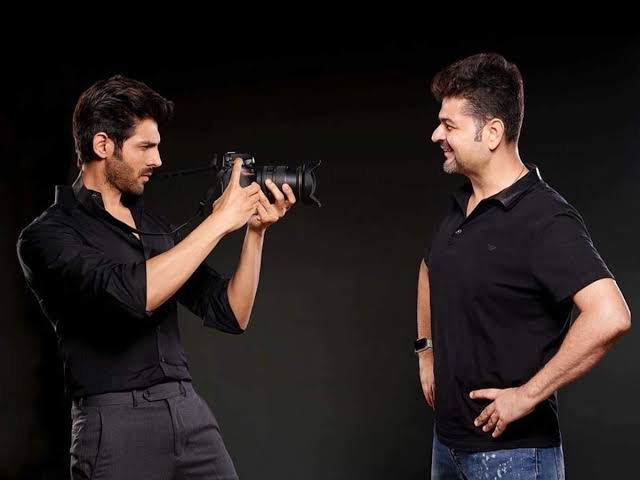 Actor Kartik Aaryan on Wednesday shared his photo from the coveted Daboo Ratnani calendar shoot.  With long and messy hair, coloured nails and a tattoo, Kartik Aaryan stunned in the black-and-white picture. The actor seemed to be impressed with his photo as he wrote alongside, “The Number 1 Shot #DabbooRatnaniCalendar2021.”

Daboo also couldn’t stop raving about his latest muse, as he posted the photo along with the caption, “Look Hot, Be Cool सेक्सी मुंडा कार्तिक @kartikaaryan for #dabbooratnanicalendar #2021.” As soon as the picture was posted, Kartik’s fans showered love on the Luka Chuppi star.

Kartik is the latest celebrity to have shot for Daboo Ratnani’s calendar after stars like Priyanka Chopra, Alia Bhatt, Hrithik Roshan, Vicky Kaushal, Kriti Sanon, Abhishek Bachchan, Tiger Shroff and Shehnaaz Gill. A day ago, Kartik had teased the photoshoot with another photo of himself in the same outfit but with his face turned away. “Dabboo sir ab shot reveal bhi kar do…,” Kartik had written alongside, in his typical cheeky manner.