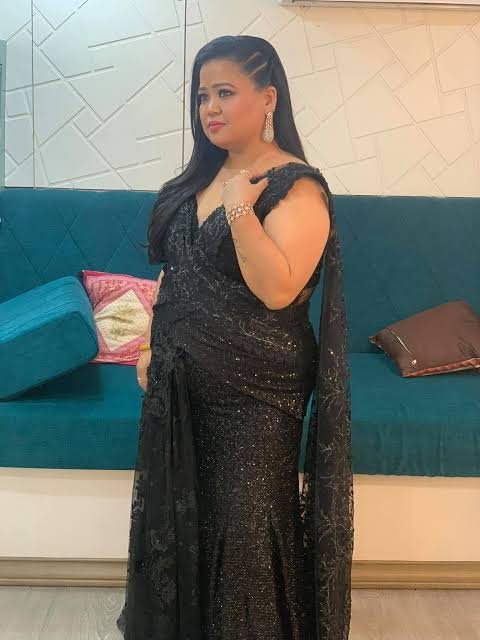 Laughter queen Bharti Singh never fails to bring a smile to our faces and cheer us up. But not many people know that has a sad past to tell as well. In a recent interview, Bharti Singh revealed how she was touched inappropriately by some of the shows/events coordinators. Bharti mentioned that she had no courage back then and but knew that it was not a good feeling. “The coordinators sometimes misbehaved. They would rub their hands on the back. I would know it’s not a good feeling, but then also think that he’s like my uncle, he can’t be bad. Maybe I am wrong and he is right,” Bharti said. She also added that now she has the courage to fight and question, but back then, she didn’t. “So I thought this doesn’t feel right. I had no understanding. I have the confidence to fight now. I can now say ‘what is the matter, what are you looking at, go out we are changing now’. I can speak up now, but I had no courage back then,” the laughter queen said.

Recently, Bharti Singh also talked about financial issues her family faced in the past when she was a national-level rifle shooter and archer. She revealed that she used to save food coupouns to feed her family. “We used to get free food from the government. I also got ₹15 per day. They used to give us three coupons of ₹5 each and we could get a glass of juice with one coupon. You won’t believe it, I used to have one glass of juice, just to ensure I have energy to stand there for hours and practice rifle shooting. The rest, I would save. At the end of the month, I used to get fruits and juices in exchange for those coupons and take them home,” Bharti said.

Previous post Jaaved Jaaferi’s son, Meezaan, on consciously trying not to imitate his father in Hungama 2