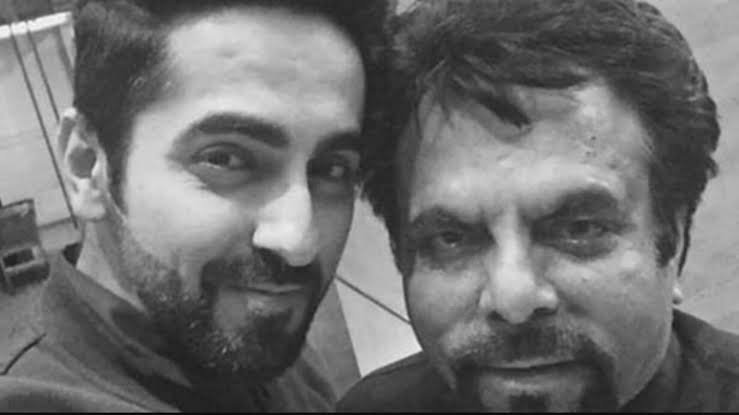 Actor Ayushmann Khurrana has shared an early Father’s Day note for his dad. Ayushmann’s father, P Khurana, is an astrologer, and the actor has credited him for the unusual spelling of his name. He  opened his note with a quote about growing up. “Bachpan mein papa ki lagayi paabandiyon ko todne mein bahut mazaa aata tha. Aur ab bade ho kar khud pe lagayi paabandiyaan todi nahi jaata (In childhood, it used to be fun to break the rules set by our fathers. Now that we have grown up, we can’t even break the ruled we set for ourselves),” he wrote as he shared some throwback photos of his father.

Ayushmann said that his dad studied law but chose to be an astrologer. “We got it from him. The discipline. The love for music, poetry, films and art. He studied law but was always intrigued by astrology. He’s the reason behind the double Ns and double ₹in my name. At the same time he also taught us that we have the ability to carve out our own destiny and our good karma can supersede any soothsayer. My friend, philosopher and guide. My father @astrologer.pkhurrana,” he wrote in his note.

Ayushmann’s brother Aparshakti Khurana and wife Tahira Kashyap reacted to the post with heart emojis. Writer Anmol Malik wrote, “This caption is so moving.” “Happy father’s day to your papa and to you,” wrote a fan.

About his changed name, Ayushmann had told Hindustan Times in an interview in 2017, “After all, my father has been an astrologer since before I was born. In fact, this trend (spelling names differently) came quite late (in the rest of the country), and even later in Mumbai.”

Talking about why Aparshakti’s name is spelt ‘normally’. “He didn’t require it (changing the name’s spellings), as his name was numerologically correct. My parents were looking for a name that had a normal spelling, and was right as per numerology. But they couldn’t find any. Whatever they found were very simple names, but Ayushmann was a unique one,” he added.